What I learned about God

I have been a Christian for 60 years.  I went to a Bible college, I pastored with my husband for eight years. I have been an assisting minister for many more years.  I am an ordained minister.  But I learned something new about God this year. Although there is nothing new about God. He is who he is, and nothing changes Him; like the dialogue that Moses had with God:

Moses:  Who shall I say has sent me?
God:  Tell them that the I AM sent you. 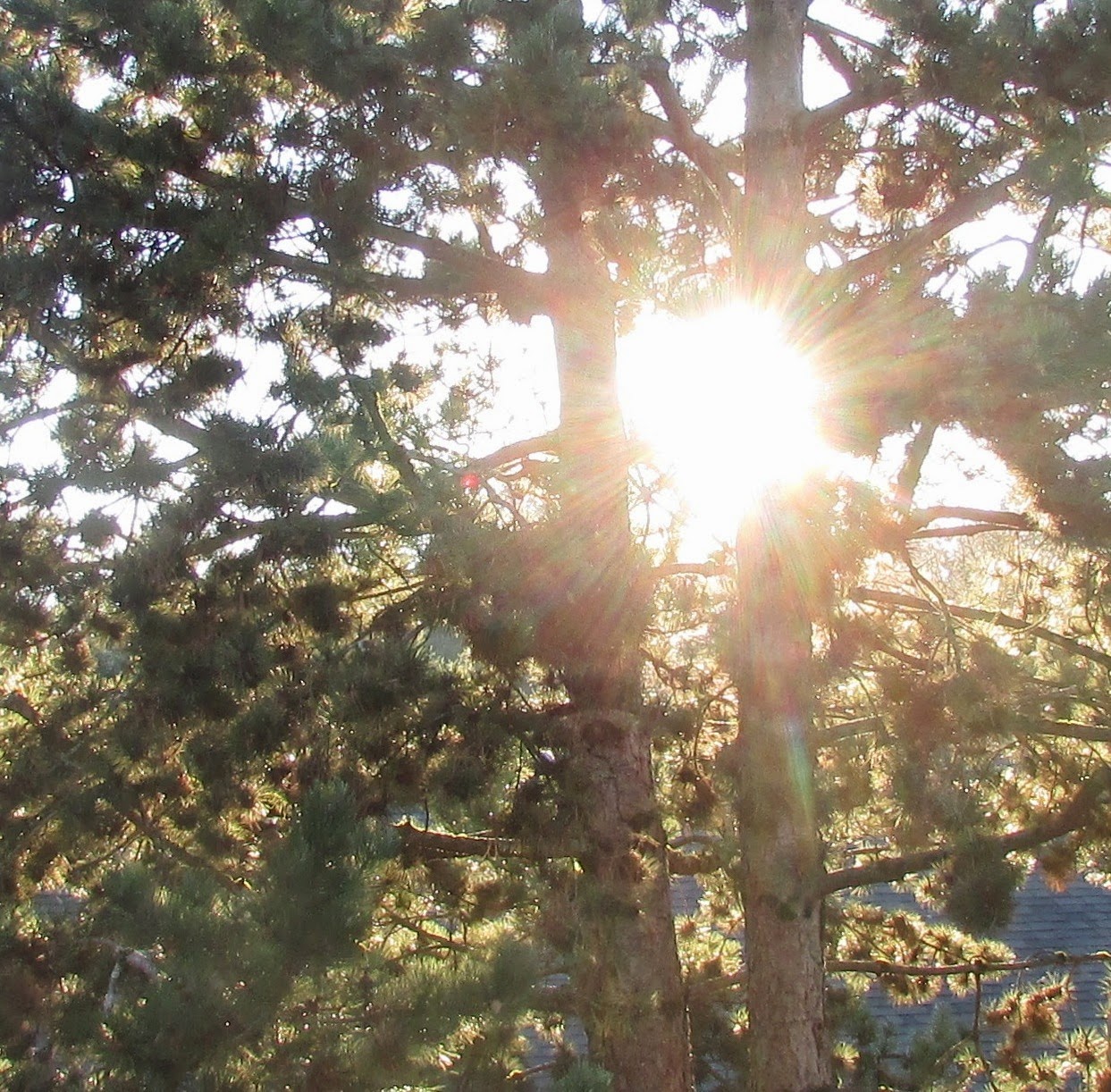 He is who he is. He has always been.  The only new thing is what we learn about Him.

The very word "God" implies that He is above and beyond us.  More than us.  Not totally knowable. He is infinite, we are finite, oh so finite. (That means there is an end to us.)

Some people do not believe in God.  They are like the Pharaoh that Moses dealt with (who believed himself to be god).  He eventually found out that there was a God bigger than himself.  Too bad he found out in the last moments of his life in the waters of the sea, or he would tell you.

Some people believe that God is so far above us, so much more than us, that he is not interested in us and He cannot be known. This plays very well, with those that have been hurt in life and cannot reconcile that an infinite God, (or anyone, for that matter) would care about him/her.

Some people put God in a box, believing Him to be only what they are able to think that he is. And there will be "hell to pay" if someone suggests that He is not in that box--that He is more than what can be contained in that box.  These are the people who believe that everything knowable about God must be contained in his book--the Bible. "If it is not there, then it is not true."  The God that I know, could never be contained in one book--I don't know how many volumes it would take to tell all about God! I'm not saying that I don't believe the Bible, just that it is not capable of inscribing everything about my big, living God.

What do I believe?  I believe in a big God.  One who lives outside of my own culture, outside of time and space, but inside of me.  He is not defined by what I think of Him. He doesn't work within the bounds of my cultural moors.  He is not even dented (He's not an idol!) when I am angry with Him, or when I don't understand.  He is not intimidated by insults, nor misconceptions.  He is not worried about his reputation, because He is who He is.

So what I learned about God in 2014, is that God is capable of doing much more than we could even conceive.  If he lives outside of time, He can have a person live their lives over in a moment, a chance to change their life decisions.  If he lives outside of space, He is in alternative realms that we never thought about. If we think we have all the answers, we had better think again! Humbling isn't it?

Email ThisBlogThis!Share to TwitterShare to FacebookShare to Pinterest
Labels: God

Well, tomorrow didn't get here in a sequential way, it's been nearly two weeks and I haven't finished my reflections of the previous year. I've been busy writing.  More about that in a bit.

If you read my previous post, you know that I have been into online craft sales---since 2008.  And before that craft fairs.  I started a wholesale business, selling aprons, a couple of years back which started off slow, then took off, but this last year hasn't been that great.  I won't go into it, except to say, when your vendor replaces their buyer, your business changes.  It's not entirely bad, it has forced me to consider my own desires and my purpose. It made me face the fact that I am mainly a hobbyist when it comes to sewing, not a business person. Like I said in the previous post, it's a good thing. Consequently in 2015, I am making a course correction; picking up an old dream and working toward it. 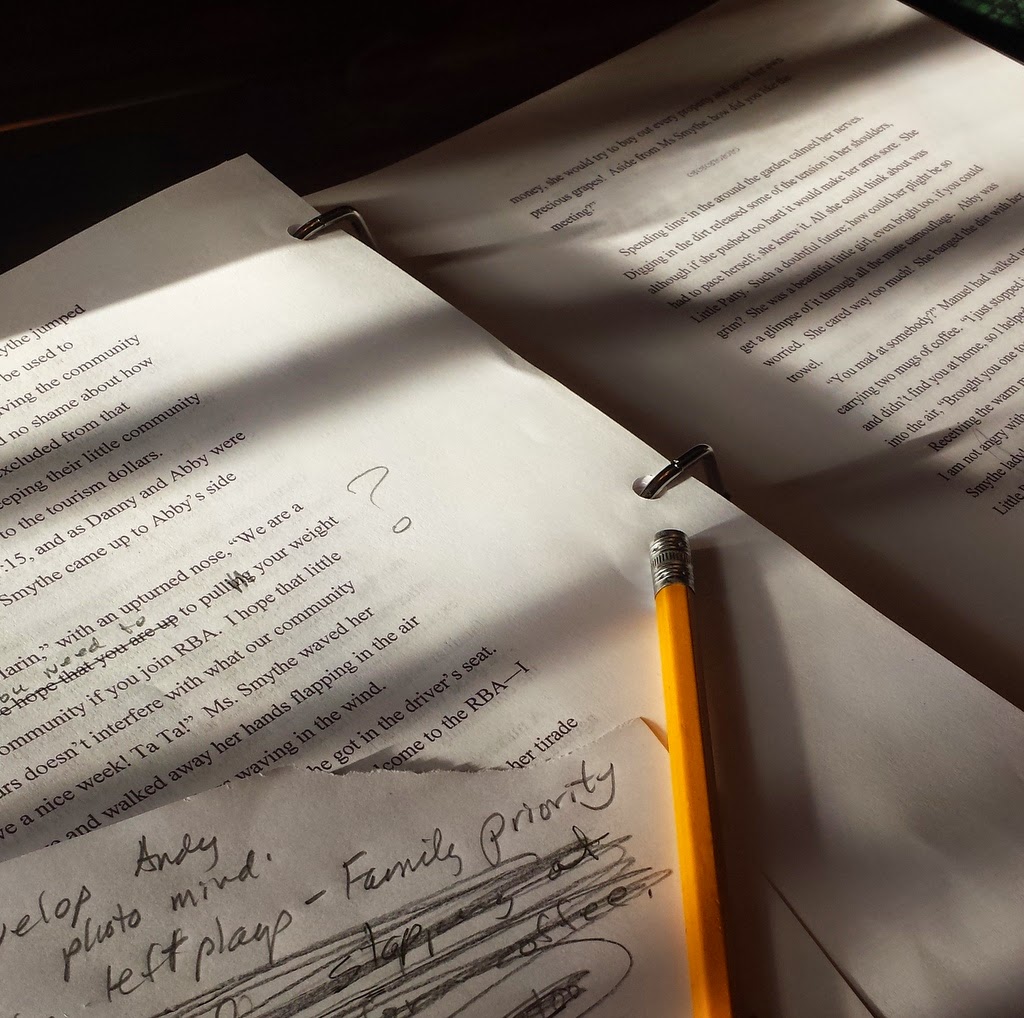 I have been wanting to write a book since the 1990's.  My husband beat me in that race, and published his first book in 1997.  I have kept up my writing, as a practice, with blogging since 2008. In 2010, I started writing Abby's Story,  but with all my other endeavors keeping up with writing a book was shelved. And as I said in the previous post, I am closing down most of my online presence in order to write full time.

I hope to keep you informed about my progress. (If you would like a sneak peak, some of the original drafts were posted in my other blog.) I feel that my year is off to a good start and  . . .

Hope your new year is starting well too!
Posted by Abby / Linda at 3:19 PM 6 comments: