My challenge for you today:  How do we love our seniors?

My mom still lives at home at 88, albeit with my younger brother and family moving in with her this past year--at her request.  She still travels, thus this fun picture of my hubby with her, last Summer. 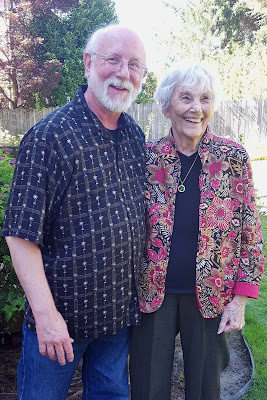 My first novel, Unfinished Legacy, was written from the viewpoint of an older woman contemplating her legacy, in the midst of her daughter's disapproval of her activities.  I know that families have their difficulties. Hopefully they can find a way to love each other, anyway.  So it struck me as odd, when a friend said something that made me think:  "It's sad how our society warehouses our seniors."


I thought about that word-- warehouse-- in regard to beloved seniors.  It was an especially poignant thought since, about 10 years back, I worked as a co-manager of a large retirement complex.  To be honest, I did see many seniors who rarely received a visit from family.  They were seemingly left in our charge to 'entertain', feed and care for, although it was an independent living apartment building, not a care facility.  It was a tough job, loving our seniors but seeing so many end-of-life stories that fit into the "warehouse" scenario.  Is that what we do with our parents?  Do we stick them in a slot and forget them? 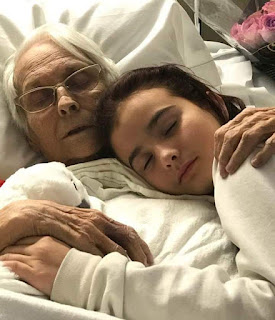 Just thought it was worth contemplating today.

I buy many books, mostly these days, online.  I only get to look at a thumbnail of the cover, and read the summary of the book, to influence me to buy the book.  I do, also, look at the book's rating.  But if I am looking for a specific genre, I am not as influenced by the rating as I am the summary.

Since I am doing research for my own novel's cover, I have been looking at many, many book covers to see how they are set up.  I've been thinking about and analyzing what drew me to read each book.  Some of these I purchased because I frequently read the author's works, i.e. Beverly Lewis.  I like anything that she writes for it's subject matter.  All of her works have basically the same cover, an Amish person (or two), her name in large letters and the title. 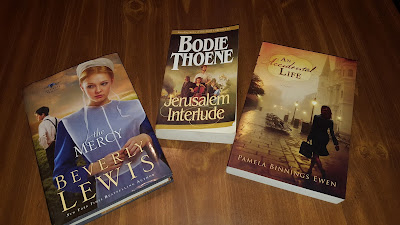 A personal acquaintance of mine, Bodie Thoene, has written several books.  We lived in the same small burg where our children went to school together, and our families attended the small community church. Anyway, her cover has vignette groups of people in period dress, with her name in even bolder letters than Ms. Lewis' books. Obviously I bought this book because I know Bodie, but the vignettes are gripping as they depict place, turmoil, intrigue, love and passion.

The third book (above) is inviting as it shows a silhouette walking on a lonely night street.  I bought this book, not for the cover but for the intriguing concept of the title and the summary of the story.


Two other books in my library have pictures of the setting, one a split picture of a wagon train and two women with the title between.  The second, a New Orleans street scene in between the title and the author name. 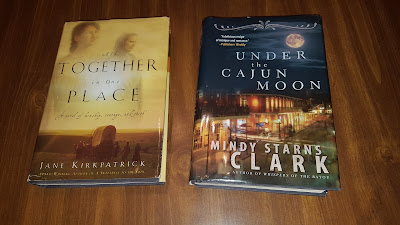 While Together in One Place rightly depicts what the story is about, Under the Cajun Moon, does not.  Ms. Clark's book, beginning with scenes in the city, actually takes you on a mysterious who-done-it treasure hunt romp around Louisiana.  Don't get me wrong,  I liked the book and have enjoyed several of her other titles but from a strictly visual (cover) perspective, I like Together in One Place's cover better.

These are just my opinions, but all part of my own research for a cover design of my own.


Which one would you choose strictly because of the cover?
Posted by Abby / Linda at 3:00 AM 1 comment: 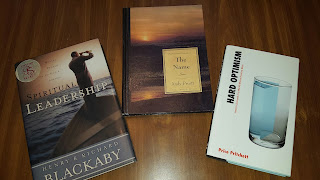 I have read many opinions lately about the process of choosing a book cover.  Authors talking among themselves about what constitutes an acceptable cover, preferred fonts, and designs that will help readers choose to buy and read the contents.  They usually suggest that you have a specialist design the cover of your book.  I can understand that sentiment, especially if the author is wanting a full favorable exposure for the work.

I even see authors post several draft covers--'works in progress' of their cover-- and ask for advice from others as to which one to pick.  I, myself, have commented on these posts.

But I must admit that I am skeptical of having someone else design a cover for my work.  My husband designed his own cover, some years ago, but then, he is a designer.  Not in the literary field, but a designer no less.  He used his own photo as the background for the title, subtitle and author name for the first edition cover of his non-fiction work.  When it was later printed by a publisher, the cover was changed. 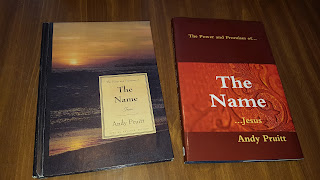 Except the fact that the type is too small on the first edition book, I like it much better.  It has a "look-into-it" feel, rather than the "deciphering the old" look of the new cover.   Just my opinion.

I realize that fiction covers are a 'different type of animal' than non-fiction covers.  So, as to my own fiction cover, I have just started thinking about it.  I have looked at dozens of covers but an image in my head has not formed yet.  I may choose to use a designer . . . so . . . Wish me luck!
Posted by Abby / Linda at 3:00 AM 6 comments:

Thursday throwback taste of my life:

Writing some segments for our family foundations/legacy book today.  My Facebook feed prompted my writing when a cousin posted a picture of a fallen tree. Rains are pelting California and Oregon right now and the amount of water was just too much for the old tree with shallow roots.  It was a huge Sequoia tree in Calavaras County that was a tourist attraction.  It had a cut out in the bottom of the living tree, that you could drive a car thru! I'm sure my mom still has a picture, somewhere, of us when we visited there. I was there, with my family as a youngster, but what it reminded me of was another fallen tree in Sequoia National Park. 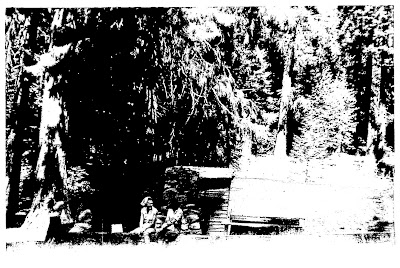 I have an old photo taken in July 1959 of that tree--called Tharpes Log--with my mom and my aunt sitting on a log fence in front of the "residence" made of another huge Sequoia tree.  The photo is quite old, and you will need to look closely to see the constructed portion with a rock fireplace behind my mom.  It's butted up to the base of the fallen tree.  I have been in that summer grazing land shelter and found it fascinating!  It reminded me of all the happy hours we spent as a family, camping in the summer, and exploring the National Parks.  For the rest of the story, you will have to wait for the book to be finished!
Thanks for visiting today! 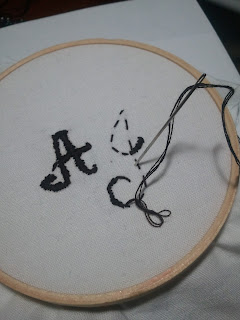 After a long hiatus, which I will not apologize for as I don't want to go into a litany of excuses; I'm starting up my blogging again--it's just that life happens.

It's the first week of the new 2017 year, so what have I planned?  No resolutions for me. I have revamped my blog header to reflect a more concise summary of what you can expect to find in this blog.  And of course, I am busy with research for my second novel, more about that in a later post.  Any actual writing at this point is a joint project with my husband.  We are collaborating on a small volume for our family, chronicling our separate and joint lives.  It's more in the legacy theme, that runs through most of my life lately, considering my first novel's title is Unfinished Legacy, and my second is Unknown Legacy.  (I've written about it in a previous post here.)

In case you don't know me, I believe that what is important for an individual life is not the just the moments that make it up, but the entirety of life as it pertains to purpose and legacy.  The journey is what we will leave when the moments are forgotten.    I guess you could say I believe in story.

Well, so much for today's post, I need to get on with transferring some files from my broken computer to my new computer.  See ya later!
Posted by Abby / Linda at 3:00 AM 6 comments: